Even though a major German encyclopedia (the 19th edition of the Brockhaus Encyclopedia, 1992) indicates that the word “Plastination” is derived from the Greek (from plassein = to shape, to form), the term is, in fact, a creation of Gunther von Hagens. He coined the term because “plastification” already had a fixed meaning in the field of polymer chemistry, and the expression used in the original patents of 1977/78 (“Polymer Impregnation of Perishable, Biological Specimens”) was not terribly catchy and was utterly inadequate for popularizing the new technology, particularly abroad. The following will provide an explanation of how Plastination works. We will first present the process in a general, comprehensible manner; for those with an interest, we will then go into more detail regarding the chemicals and chemical processes used. 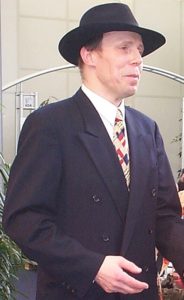 A process at the interface of the medical discipline of anatomy and modern polymer chemistry, Plastination makes it possible to preserve individual tissues and organs that have been removed from the body of the deceased as well as the entire body itself. Like most inventions, Plastination is simple in theory: in order to make a specimen permanent, decomposition must be halted. Decomposition is a natural process triggered initially by cell enzymes released after death and later completed when the body is colonized by putrefaction bacteria and other microorganisms. By removing water and fats from the tissue and replacing these with polymers, the Plastination process deprives bacteria of what they need to survive. Bodily fluids cannot, however, be replaced directly with polymers, because the two are chemically incompatible. Gunther von Hagens found a way around this problem: In the initial fluidexchange step, water in the tissues (which comprises approximately 70% of the human body) and fatty tissues are replaced with acetone, a solvent that readily evaporates. In the second step, the acetone is replaced with a polymer solution. The trick that first proved to be critical for pulling the liquid polymer into each and every cell is what he calls “forced vacuum impregnation.” A specimen is placed in a vacuum chamber and the pressure is reduced to the point where the solvent boils. The acetone is suctioned out of the tissue at the moment it vaporizes, and the resulting vacuum in the specimen causes the polymer solution to permeate the tissue This exchange process is allowed to continue until all of the tissue has been completely saturated—while a matter of only a few days for thin slices, this step can take weeks for whole bodies.

The second trick is selecting the right polymer. For this purpose, “reactive polymers” are used, i.e., polymers that cure (polymerize) under specific conditions, such as the presence of light, heat, or certain gases. Their viscosity must be low, i.e., they have to be very thin liquids; they must be able to resist yellowing; and, of course, they must be compatible with human tissue. The polymer selected determines the look and feel of the finished specimen. 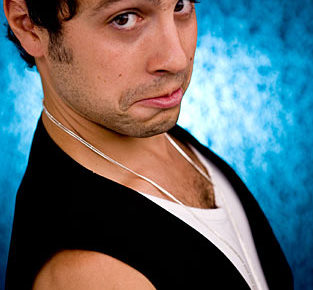